Skip to content
Note: This article is the first in a month-long series showcasing lessons from inspiring black women entrepreneurs. Enjoy!

As women, we are taught not to be too much (<– whatever the hell that is).

What they are really trying to say is: women, don’t shine too much.

For many of us, this notion of being “too much” began when we were little girls and has continued on into our womanhood. I don’t know about you, but I was shushed non-stop as a child. The mere sound (and apparently, volume) of my voice was a constant offense. As a woman, I have to use my voice but I’m supposed to use it in a way (haven’t I learned by now?!) that does not offend. As women, we are expected to constantly be navigating the waters of “too much” being sure to shine but only ever so slightly, because God forbid we should outshine our male counterparts. God forbid, we should shine “too much.”

“When you're trying hard to be your best could you be a little less” – Madonna, What It Feels Like For A Girl

Insert: Beyoncé. A woman who is clearly doing “too much” when it comes to shining, and, (gasp!) we love it. Not only do we, as women, love it, but society loves it. Beyoncé has been highly rewarded for her willingness to let her light fully shine. Beyoncé is not toning down a damn thang and I’m here for it. We can learn a thing or two from Ms. Carter when it comes to shining.

Beyoncé has a PhD in shining and we should all listen when the teacher speaks.

This is not about extroverts versus introverts (I am fairly certain that Beyoncé is an introvert). This is not about loud versus quiet. This is about dismantling the patriarchal viewpoint that has permeated our psyche and told us that our mere existence, and the expression of our talents and beauty, are much too much and therefore we need to tone it all the way down.

Be like the sun: “The sun doesn’t care if it blinds you.” – Susan Hyatt

No, no. We need to tone it all the way up. We need to take a page out of Beyoncé’s book and showcase our talents, beauty, intelligence, views and voice on a stunning silver platter surrounded by diamonds and pearls. Especially when it comes to entrepreneurship or being recognized for your work, it is essential that we say more about who we are, that we display our skills and our unique perspective and offerings. There is absolutely nothing wrong with shining for shining’s sake.

So, I want to know, how can you take this lesson from Beyoncé and shine more in your life? What does your equivalent of “Beyoncé’s goddess/maternity photo shoot” look like? I want to hear all of the ways you plan to SHINE BIG in 2017.

Also? The next time someone tells you that you’re doing, wearing or being too much, say “thank you, that’s just what I was going for.”

Want to have your own stunning photo shoot in a chateau in France? Come to MADE, create a video showcasing your talents, enjoy a fabulous photo shoot, camaraderie with shiny women and come home with a profitable product that showcases your unique talents. Details here.

Come shine with me in New York City at Dance & Coaching on February 18th. Spend your morning learning some of Beyoncé’s moves and then enjoy brunch and a group coaching session with 20 other amazing women, led by me. There are some very badass women coming to this event. That’s all I’m gonna say. Just trust me on this: you want to be there. Only a few spots left. Details are here. 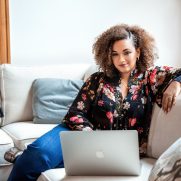 You will not believe how little I charged.

More than a decade ago—shortly after I graduated from law school—a girlfriend told me: “Rachel, I’m planning to buy a hair salon and take it over. Could I hire you to do all the legal work to make sure the transaction goes smoothly? I’m feeling nervous because I’ve never done this sort of thing before. […] 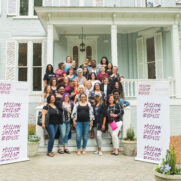 This is why your business matters