The problem isn’t that you have no leads—it’s that you don’t have a strategy to get consistent new leads, engage the leads you do have, warm them up, and turn them into clients.

The technical term for this is, no joke, leaky funnel. And if you have a leaky funnel, or worse, no funnel at all, growing your revenue and impact is going to be nearly impossible.

When you think of what makes a funnel successful, you probably think of the moment when a sale is closed—when a client says, “yes, I want to work with you! I’m ready, let’s do this. And also, yes, I will pay your price cause I know it’s worth it.” This is an exciting, exhilarating moment that we all live for, and when you do it consistently and successfully, you become a Close Queen.

According to research by Inside Sales, more than 40% of salespeople say that finding leads is the most challenging part of the sales process, and further stats indicate that at least 50% of the prospects found aren’t even going to be a good fit for what’s being sold. And then the most profitable companies only close about 30% of their qualified leads. This means that, at best, you’re going to close 15% of the leads who come your way.

This means that for every 10 people who join your community, you’ll get an optimal return on your marketing investment/be converting well if ONE turns into a sale. So if you’re trying to sell 30 spots in a program, you’re going to need at least 200 leads entering a well oiled funnel.

I want you to have a fully scalable business so that your income potential isn’t severely limited. It is not scalable to constantly be HUNTING for leads and then manually convincing them to buy. What is scalable is to work hard once setting up a funnel so that leads come to you and then are automatically turned into customers.

You need a Million Dollar Funnel that will allow you to…

Let me show you what our funnel looked like two years ago in Hello Seven:

Here’s how you can build a Million Dollar Funnel in 5 simple steps:

Here’s the deal: when there is a piece of your business that isn’t working properly and that is throwing off the entire engine, you don’t ignore it, you dive all the way into it. You swim around in it until you figure out the solution, and we’ve created a Million Dollar Funnel Workbook to help you dive into your current funnel and identify where there are gaps.

Download your Million Dollar Funnel workbook here, and build a strategy to get consistent new leads, engage the leads you do have, warm them up, and turn them into clients. 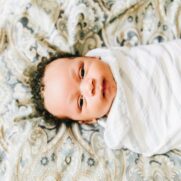 What 10 weeks of maternity leave cost me

Last week was my first day back from maternity leave. Since late May, I’ve been totally hands off with my business. If you’ve been getting my newsletters or seeing me pop up on social media, chances are that it was my team hard at work while I was blissfully napping with my newborn baby (okay, […] 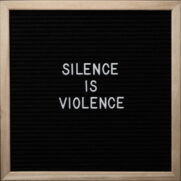 No one is free until we are all free.

What happened this past week in Atlanta was a harrowing reminder of how white supremacy, xenophobia, and white nationalism continues to rear its ugly head in not only the U.S. on a broad-scale, but in our own collective spaces. Spaces we consider to be safe, free from emotional turmoil, and protected from any potential trauma. […]