Wanna hear something that makes me furious?

(There’s something so powerful when we’re all angry about the same thing.)

According to the latest research, Black content creators make 35% less than white creators.

Even worse, they’re often earning less for the work they created…

While it’s appropriated by their white peers, who end up making more money than them.

Here’s just one of MANY examples:

After posting a viral dance video online, Sydnee McRae, a Black woman, was paid $700 to promote a new song.

Universal Music Group made the offer (let me just add, in the 4th quarter of 2021 alone, Universal brought in $2.8 billion in revenue.)

At first, Sydnee was excited for the opportunity…

Until she learned that another influencer (a white woman) was profiting off the dance she created, tothe tune of thousands of dollars.

McRae said in a Bloomberg piece:

“I’m creating the art, I’m giving you the art, without me there would be no art. But I don’t get the same respect, the same amount that these white creators get.”

Am I surprised by this? Of course not. But am I infuriated by it?

It reminds me of the time I fought through a lawsuit to protect my own intellectual property, which ended up costing me 6 figures in legal fees.

My intellectual property was under threat of being stolen, AND I had to pay a ridiculous amount of money to protect it.

But did I let that defeat me? Hell no.

What happened to Sydnee, me, and other online creators fuels the fire under my ass to help folks from all historically excluded groups to make more money.

If the rest of the world won’t respect us and pay us what we’re worth, we’ve gotta start lifting each other up and opening doors for each other — and for ourselves.

It’s possible to fight for what’s yours and create financial power in your own life.

With this power, you can throw money at the problems you’re most passionate about.

You can support progressive political candidates, back community nonprofits, fund schools for Black and brown kids, and work towards ending the racial pay gap in our country.

When you become a millionaire, the world opens up for ways you can change it.

And the best way to become a millionaire? Discover your Million Dollar Idea.

This is an idea that digs deep into the back of your mind and stays there, waiting for you to make it real.

It’s the idea that could change your life, increase your financial power, and literally make your dream life a reality.

Maybe you already know what your Million Dollar Idea is and just aren’t sure what to do with it.

Maybe you aren’t sure what your Million Dollar Idea could be, but you’re excited to learn.

Either way, our upcoming webinar series is for you.

In this two-part series on March 24 and 29, you’re going to learn how to turn your one brilliant idea into a 7-figure asset.

Can you imagine anything more powerful?

If you’re infuriated by the wage gap, pissed off about appropriation of the work of Black and brown creators, and fired up to do something about it, this webinar series is for you.

Last year I decided to give up the webinar game, but this topic is so revolutionary — I knew I had to do something about it.

Come learn how to find, or refine, your Million Dollar Idea and how to turn that one idea into an empire.

It’s time for us to rise up, take our power back, focus on our Million Dollar Ideas, and use them to change the world.

It’s because of you that I know the world can be a better place.

Can’t wait to see you at the webinars — don’t forget to register today, boo.

P.S. By attending the webinars, you get the best gift of all — two hours focused entirely on your own needs. I know you’re getting pulled in a million directions, so take this time for yourself. Taking back your power also means taking back your time, and this is going to be a great use of it. I’m so excited to see you soon. 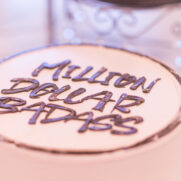 Finesse Your Framework, Your Business Model

Big revenue goals are not just about having the right to do list. Yes, there are specific things you need to do to scale your revenue quickly, and you should do them. But that, in and of itself, won’t get you to a million. Generating significantly more money is also about who you need to […] 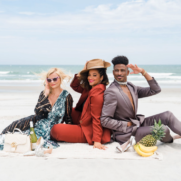 Why taking a vacation is a great business strategy.

Did I tell you I went on vacation last week? It was a mix of enjoying my Ranch — the horses, a good book, walking through nature — and the beach — my toes in the sand, the sun on my face, and ocean waves lulling me into midday naps. I enjoyed time with my kids […]