Skip to content
Note: This article is part of a month-long series showcasing lessons from inspiring black women entrepreneurs. Enjoy!

Cathy Woods grew up in the projects. Her family of six shared one bathroom. But that didn’t stop Cathy from standing in the bathroom mirror, with a toothbrush as microphone, practicing her craft while her siblings pounded on the bathroom door. Perhaps being able to concentrate under these conditions gave her the focus that led to her immense success.
Since she was 8 years old, when she received a transistor radio for Christmas, Cathy knew she wanted to be in radio. As an ambitious young woman and an excellent student, her plans did not include becoming a mother at 16 years old. Her mother kicked her out of the house and her family told her she wouldn’t have a future. But Cathy didn’t see it that way.

She had a way of turning her greatest challenges into key steps towards the life she wanted.

Becoming a teen mother was key to her becoming an entrepreneur after her employer one day told her she couldn’t go home to be with her son who had a fever. She wanted control over her professional life and the freedom to direct her own path. 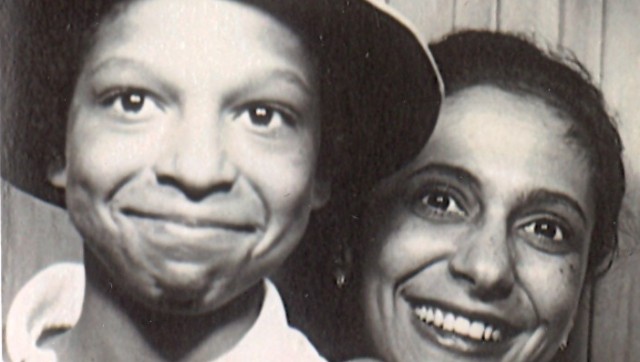 She got her first job in radio at Howard University. She started out as an administrative assistant for Howard’s newly-created School of Communications. After two years, she was transferred to the college’s radio station where she quickly rose from assistant to general manager and vice president. In her first year as general manager, she took the station from $250,000 in revenue to $3 million.

Cathy left Howard’s radio station to work as general manager for another station in DC. When the station ran into financial trouble, the investors asked Cathy to help them acquire financing. She said yes on the condition that they would give her a share of the company.

They refused and told her, “if you think that you're smart enough to own a radio station, you should do it for yourself.” So she did.

With the help of her then-husband, Dewey Hughes, Cathy set out to purchase her first radio station. The price tag was $950,000. She contributed her own savings, raised capital from private investors and an African-American venture-fund, but was still short. She applied for a loan at 32 banks, getting rejected 31 times, before a female loan officer agreed to give her the loan. She had her radio station.

But, as we entrepreneurs know, the fun was just beginning. When she walked into her radio station the first day as owner, she found it completely stripped down. The owners and employees were angry that the station was forced to sell in a fire sale for less than market rate, so they took their revenge by taking all of the music, equipment and more. On day 1, Cathy’s radio station was an empty shell. So she went home, got her own personal music collection, and started playing music.

Then things got worse. Cathy got divorced and that bank loan’s high-interest rate caused all kinds of financial challenges. She lost her home and her car was repossessed, so she moved her and her son into her office at the radio station. Yes, this woman lived with her son in her office. And she didn’t even cry about it. Instead, she saw it as a blessing that she could be at the station all day and all night to address any issues that arose.

It took 7 years for Cathy Hughes to get her radio station to turn a profit. SEVEN YEARS. 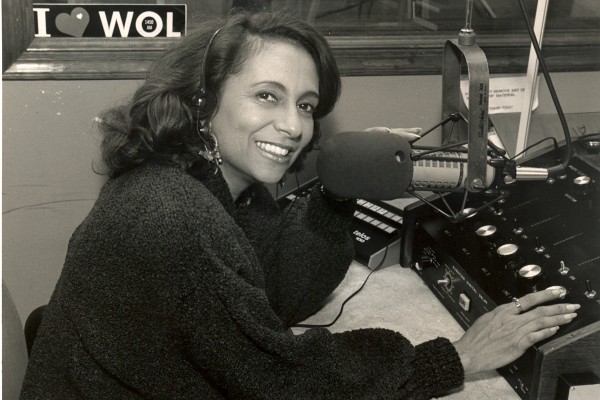 Cathy couldn’t afford an expensive morning show host, so she hosted the morning show herself for 11 years. For 11 years, seven of which her company wasn’t turning a profit, and several of which she was sleeping in her office with her son and showering in public restrooms, and she took to the airwaves and performed anyway. That is some next level determination.

“I don’t view things as lows and highs. Business has its ups and downs and everything in life is a cycle. Everyone’s life has ups and downs, so I don’t take it personally.” – Cathy Hughes

Cathy has since acquired over 50 radio stations. Her company, Radio One, went public in 1999, and was the first African-American-female-owned company on the stock exchange. In 2004, she and her son, who now serves as CEO, started TV One, and she became the first black woman entrepreneur to own a television network. In addition to that, Cathy has made huge contributions to diversifying our media and giving voice to stories we previously wouldn’t have heard. Last year, Howard University renamed their School of Communications, the Cathy Hughes School of Communications.

When you are struggling to get your business to the next level or even to give it a start, I want you to think of Cathy. Think of Cathy as a twice-divorced, single mother, living in her office and jumping on the airwaves every morning to help people get their day started. Think of where she started and she where she is now, simply because she had a vision and would not quit. And then renew your own determination and know that you, too, will see your vision become a reality if you just keep going.

There is only spot left for MADE: IN FRANCE. If you know you want to launch your own digital product this year, capitalize on your intellectual property and diversify your income, jump on it. Our pre-retreat group sessions start in just a week. Grab the very last spot right here.
Want to know what other opportunities there are to work with me as your business coach? Check out all the ways here.

Under30CEO: What Everyone Needs to Know About Sole Proprietorships

Its all about the hidden problems with sole proprietorships. If you are a small business owner or entrepreneur, you definitely need to read this! 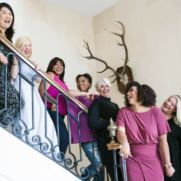 Why you need to fire bad clients (fast)

Early on in my digital law firm, I would say yes to any potential client. You want to trademark your nude landscaping firm? Sure. You want to hire me for one hour? Sure. Most people who have started a business from scratch go through a phase like this. I call it the “I’ll do anything […]