What happened this past week in Atlanta was a harrowing reminder of how white supremacy, xenophobia, and white nationalism continues to rear its ugly head in not only the U.S. on a broad-scale, but in our own collective spaces. Spaces we consider to be safe, free from emotional turmoil, and protected from any potential trauma.

We need to talk about this.

Today, I want to bring attention to the Asian American and Pacific Islander (AAPI) community, the violence they’re experiencing, and how we all can stand in solidarity and show support in real, meaningful ways while making sure their voices are uplifted.

NBC reports that in 2020, anti-Asian hate crimes increased by nearly 150%. While the overall hate crime rate is declining, hate crimes targeting Asian people are spiking up.

Not all incidents get reported to police, so these numbers really just reflect a fraction of what’s actually happening.

Why is this happening?

There are many reasons, not just one. One main reason is the history of white supremacy and the dehumanization of the AAPI community as a whole dating as far back as the 1850’s, where the Supreme Court case People v. Hall concluded that Chinese Americans and Chinese immigrants (along with anyone else who isn’t white) had no rights to testify against white citizens.

Then, there is the binary, hypersexualization and objectification of Asian women predominantly shown in western media for the last half century or so.

But more recently,  the former U.S. President labeled COVID-19, “the China virus” “Wuhan Virus” and “kung flu,” and used other very racist rhetoric to describe the virus, inciting his followers, and enabling them to feel justified in their acts of violence and hate.

This is a pattern we’ve seen countless times in the past—a disgusting loop we keep repeating. Whenever something bad happens, human beings rush to find a scapegoat and cast blame.

As Stephen Mihm notes in a piece for The Japan Times, “Sadly, this is nothing new.” Christians blamed Jews for the bubonic plague in 1348. In 1916, Italian immigrants in New York were blamed for polio. Our world has an “ugly history of blaming ethnic groups for disease outbreaks,” to quote Mihm. Whoever is new in town, has the “wrong” shade of skin or hair, the “wrong” language, or the “wrong” religion gets blamed and abused. We must work together to stop this pattern from continuing.

How to stand in solidarity with your Asian friends, colleagues, clients, and other people in your community:

Here at Hello Seven, we stand in solidarity with all human beings who have been oppressed, marginalized, harassed, assaulted, or made to feel less than human.

This includes Black people, people of color, people who are differently abled, immigrants, queer, trans, and non-binary folks, and all women and girls.

Dr. Martin Luther King, Jr. once said, “No one is free until we are all free.”

We live by these words.

We don’t have to, nor should we, wait for something to happen to us directly before we take a stand. We are all united in our fight against white supremacy. It’s not enough for one group to gain access to wealth, respect, peace, power, and joy. This victory is incomplete until we can all enjoy those birthrights.

My team and I will keep fighting tirelessly until we are ALL free. Financially free. Emotionally free. Liberated in all ways.

In solidarity with you, today and always.

PS. The Hello Seven team and I believe one of the best ways to show support, is by putting our money where our mouth is. We made monetary donations to the AAJC (Asian Americans Advancing Justice) and Red Canary Song, the only grassroots Chinese massage parlor worker coalition in the U.S. in support of political representation and access to labor rights.

PSS. We compiled a list of reputable organizations dedicated to fighting racism and xenophobia against the AAPI community. You can show support for the community, survivors, and families of those whose lives were lost in this senseless act of violence by: 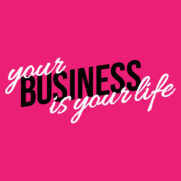 For Your Listening Pleasure: Your Business Is Your Life Podcast

We interrupt your regularly scheduled RRTV video to announce that my new podcast with Ariane Trelaun is officially live! (Now: squeal with delight!) Like all masterpieces, it took much longer than expected, but Your Business Is Your Life is finally here and ready for your ears. We’re serving up wisdom and advice in delectable sound […] 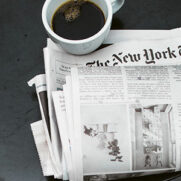 Is Your Success Preventing You From Getting to The Next Level?

Yeah, you are doing incredibly well. Sometimes you wake up and literally have to pinch yourself in that tender place inside the top of your arm (ow!) to confirm that this dream life you’re living is real. Yes, all of that goodness happened. And yes, your life is effing awesome. But … is that all […]