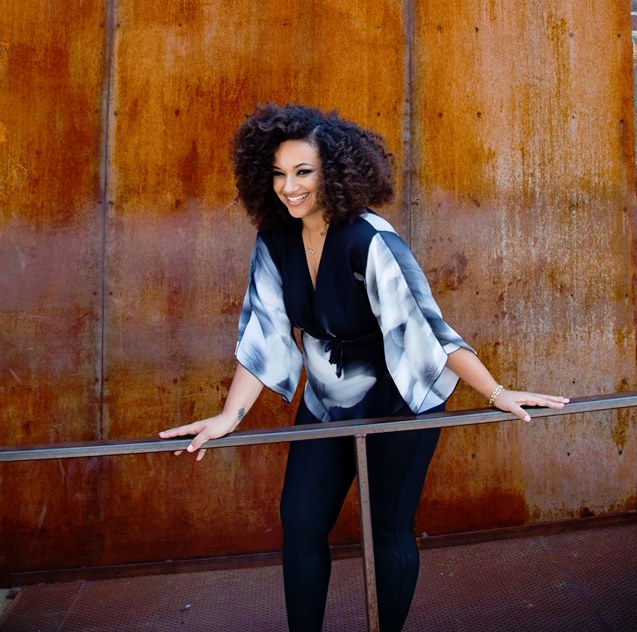 Back in May, I hosted a fabulous retreat in NYC. It was the same day that I took this photo. I felt glamorous and powerful as I hosted an epic photo shoot for 10 women who were ready to stop hiding and show the world what they are about and who they truly are.

You guys, as readers of this newsletter, may already know that.

What you don't know is that on my way home from that retreat, I was stopped by a police officer who screamed in my face and was clearly out of control. Tressa, my assistant, was in the car with me.

All that glamour won't save my black ass if an officer gets mad. And it doesn't even have to be a white cop. This was a hispanic cop.

The police in the U.S. have a culture and that culture says that black lives don't matter.

I was driving through a toll booth (I have EZ Pass so no need to stop) when a cop was suddenly walking across the booths from one toll booth to another. At one point he was in front of my car so I braked. It was dusk and the sun was in my eye as it was going down, I could see him making some sort of motion and moving towards the next toll booth (out of the way of my car) so I took my foot off the brake and began slowly moving forward.

Then he stopped and started making some wild motion with his hands (again that I couldn't see because the sun was in my eye and his hands were low and I was sitting up high in my car), so again it appeared that he was motioning me through the toll. So I took my foot off the brake again. Then he started screaming like a maniac at the top of his lungs. I braked again cause I could hear him screaming I SAID STOP!

Then he stomped over to my car and started screaming at me through the window before I could even get my window down.

His body language and his verbal language was the epitome of disrespectful. When I rolled down my window he informed me that he could have shot me through my windshield for threatening his life. At no time was my foot on the gas or my car even rolling — and even if it was, he could have easily jumped out of the way. But why would he do that when he could just use that as an excuse to whip out his gun, take another life and show the citizenry whose boss, right?

For several minutes, he continued to berate me, tell me that my attitude was going to get me in trouble (I hadn't said one single word — I merely stared straight ahead and let him scream into my left ear) and then state that other officers have killed people for similar actions.

Since he hadn't made me cry or inspired fear in my heart, he decided to threaten to arrest me and take my car.

Fine by me, I prefer that to death.

He demanded my identification which I handed over. Then after screaming in my ear and face some more, and after he finally stopped screaming, I explained to him that the sun was directly in my line of sight and I couldn't see whatever hand motion he was trying to make. I explained, rather fucking politely (which was more than he deserved), that it looked to me like he was waving me on, not asking me to stop. He shared some more stern words and admonishments and then gave me back my license and sent me on my way.

What fascinated me the most is that throughout that experience (which completely shocked Tressa, but sadly not me) is that I wasn't scared.

I have so much fear in my heart when I think about me or my loved ones getting pulled over or otherwise having interactions with cops, but in that moment, I wasn't scared.

I was fucking pissed.

Most of my friends and family didn't know that story until I felt compared to share it on Facebook this Thursday after two innocent black men were killed senselessly by police officers two days in a row. That day, I came home and told my husband about my encounter with this cop. And that was the end of it. Encounters like this are so commonplace in black communities that it's not really news. You just accept this as part of your life. I've accepted it as part of my life.

Sadly, I don't have a point to this story. There is no neat bow to put on it.

I just want you to know that when people say #blacklivesmatter, they are talking about me, your actual friend (or at the least, a person whose newsletter you enjoy).

We are talking about your favorite rapper and your favorite athlete. Not caring and not saying something (especially to your friends and family who, occasionally in passing, share their secret racist sentiments with you) is not an option anymore. If it is, then maybe to you, black lives don't actually matter. And even you just being honest about that could begin to change things.

Stand up. Speak out. Let's begin the work of making a change. 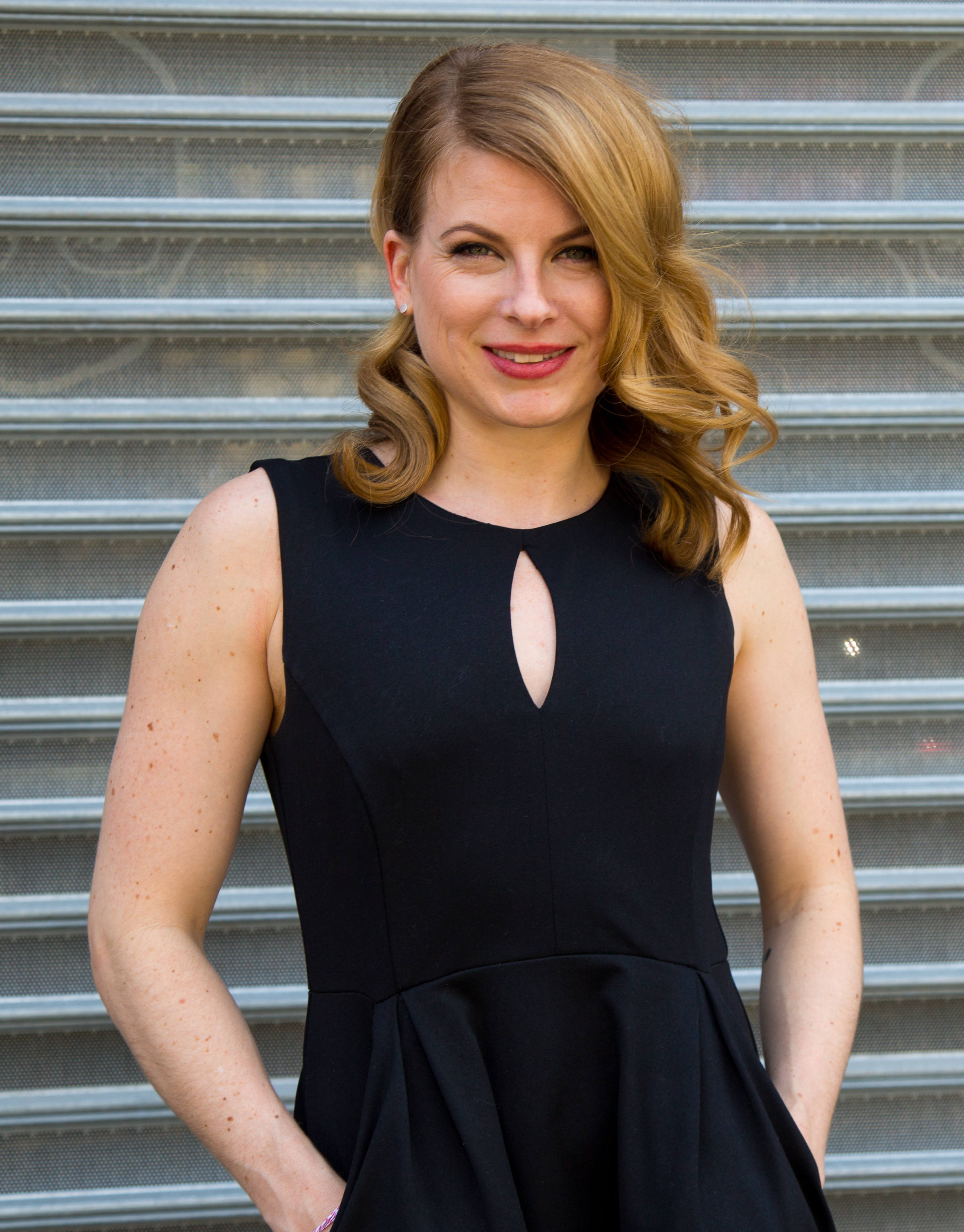 How You Can Take Action: A Note From Lauren (an attorney on my team)

This morning, sickened by the news of two more senseless, racist murders, and disgusted with myself for having nothing more to do about it than shake my head and wring my hands, I decided to make two lists.

The first one is called: “Why I haven't spoken out against/done more to prevent the murder and oppression of black people in America:”

After I made the first list, I realized that every item on it was ALL ABOUT ME. It was all about MY fears of looking stupid, racist, or ineffectual, MY fears of ruining my relationships, MY need to congratulate myself on efforts I have made and comfort myself into thinking that's all I can do. I have made it all about me, because I, as a white person, get the privilege of making shit all about me ALL THE TIME.

This one is called: “What I'm going to do from now on to try to lessen the murder and oppression of black people in America”

This isn't super profound, I know. But, I'd encourage all of my white friends out there to make similar lists. It's scary but empowering to face your own bullshit, and I feel like if more of us did it, we'd be one step closer to being part of the solution instead of part of the problem. 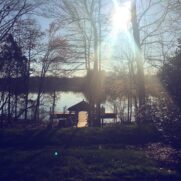 The movers filled my adorable little house. They were boxing up all of our possessions for our big move. We were leaving New York City for a new, more relaxed lifestyle in North Carolina. We were moving to a cute, progressive and tiny little town about 20 minutes from Chapel Hill. We had rented an […]

Is your business really as healthy as you think?

You know those times when you’re just humming along and enjoying life as an entrepreneur and then you read something that immediately delivers a cold, wet bitch slap to the face? This is one of those bitch slaps. (You’ve been warned). As entrepreneurs, we tend to get really caught up in a lot of shit […]