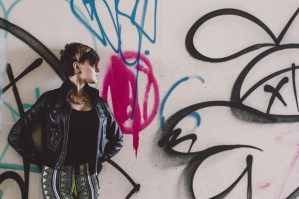 Some people rejoiced that our common sense of decency would prevail.  Some bewailed the overreach of the Federal government. Everyone else on the Internet started making plans to sell their own Redskins merchandise without fear of reprisal.

Anyone who really does that is going to get their legal ass kicked. The Redskins still own the trademark and can still use it.  They can continue to inexplicably cling to it like grim death.

Here’s why: trademark registration is not a requirement to owning or using a mark.

As soon as you use a name or logo to sell goods or services, you have created a trademark (1).  Registration is an optional (2), extra step that gives you some extra special legal benefits, like the right to sue in Federal court and the right to seek damages from infringers, but even without it you have a legal right to protect your mark.  This is called “common-law trademark” and the Redskins still have it.

But, wait! There’s more! The Federal registration for the Redskins mark is not yet a done deal.  The Redskins can appeal this decision in a Federal court, and while the legal blahblahblah is playing out, their mark is still registered.

So, no, you can’t market a Redskins analgesic butt cream.

Which brings us to another question.  If the word “redskins” is disparaging and offensive, why in the name of Sophocles was it registered in the first place?

Because the USPTO is unpredictable, and that’s what makes the process of registering a trademark so complicated (4).

It’s often hard to predict how they will come down on an issue.  For instance, “JAP” was an acceptable registration, “HEEB” was not (5).

However, if you are planning on registering your own trademark, here are a few requirements that the Redskins debacle can teach you:

The most important takeaway for you, the small business owner with a product or service to market, is that the USPTO giveth and the USPTO taketh away.  Maybe you have a name that you feel is sassy, sarcastic, or edgy, or even an especially controversial term that you feel is not offensive when used within your specific community. If you want to register that name or logo, then prepare to fight against the accusation that it is scandalous or disparaging, and even after it is registered, you may have to spend some time protecting it from cancellation efforts.

1. Remember that a trademark is a word, symbol, phrase, etc, that identifies and distinguishes the source of goods.  In English, what this means is a trademark tells people where a particular product came from.  If you see a swoosh on a sneaker, you know Nike made that sneaker, and you will likely decide whether you want to buy it or not, based on your connection with the brand.

2. Yeah, that’s right, I just admitted that trademark registration is optional.  You should do it anyway.  Click here and allow Rachel to convince you.

3. Not even the guy who says, “I’m not racist but…” and then says the most racist thing ever.

4. I swear I’m not just saying that because it’s my job.  Trademarks look easy on the surface, but if you don’t have the legal background, you won’t even see the booby traps until you fall into them.

5. I’m not saying either term is acceptable, just reporting what the USPTO deemed registrable.  Don’t send me angry emails.

6. There is such a thing as an “intent to use” application, where you apply before your product is ready, but your mark won’t register until the product is actually for sale. 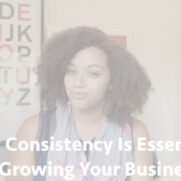 Why Consistency Is Essential to Growing Your Business

You can’t expect new customers to show up consistently if you’re not showing up to serve them consistently. Seems simple enough right? Then why do so many entrepreneurs struggle so much with consistency? Because the reality of creating content each and every week can be a real struggle. I know I have struggled with this over the […] 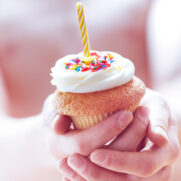 Which Stats Really Matter When You’re a Business Owner

This week my business turned 5 years old. Absolutely no one and no thing could wipe the big, cheesy smile off of my face because … We made it! For five years, I have helped business owners and aspiring entrepreneurs like you get their legal stuff in order so they can focus on building an amazing […]