When I first started my law practice back in 2010, my only goal was to replace my $41k per year government salary. I was “engineering smallness.” I had just had my ass kicked and was too scared to dream bigger than that.

I had taken my shot and failed, spectacularly. What I was shooting for was a coveted six-figure associate position at a big law firm that would allow me to pay off my student loans and make me feel like this whole miserable, law school slog was worth it. I had applied to hundreds of law firms and flown to job fairs and interviews in San Francisco, Delaware, Los Angeles, New York and Los Angeles again. I had invested thousands of dollars and the better part of a year in making this associate dream happen. I had applied to so many firms that for weeks I received multiple rejection letters in the mail every single day.

Do you know what it’s like to receive no less than four rejection letters a day for weeks? Well, I’ll tell you. It’s demoralizing.

Every single big law firm I had applied to wasn’t interested in hiring me. This dream wasn’t happening. And the story I told myself was that I wasn’t worth six-figures. I wasn’t smart enough or good enough to make that kind of money.

So I tempered my dreams. I toned down my vision. I learned to play it safe cause spectacular rejection suuuuuuuuucks and I definitely didn’t want to experience that again.

I was preparing myself to stay small. Because smallness is comfortable and likely to happen. But the truth is, I was faking it. I always knew that I would do big, important things in the world but epic rejection had made me scared to put myself out there in a big way again.

Can you relate? I bet you can. And I bet there are several ways in which you are engineering smallness in your life right now. And I bet you have really good, well thought out reasons for doing so. How do I know? Because, you bet your bottom dollar I’ve done the same thing. I used noble causes like “my children need me” and “I need to save money” and “I am too busy to take that on.” Or sometimes I would say bullshit like “I just really want to grow slowly” and “money is not that important to me” and “I just want to do good work for good people, nothing more.”

That’s the bullshit we say when we really mean, “I am scared shitless and don’t want to fail publicly with the whole world watching so I am going to stay in my little corner over here and try and forget these big dreams I’ve got.”

Don’t do that. Don’t play it safe. Don’t ignore your dreams. Don’t pretend that you don’t care.

Will you always win? No, I can guarantee that you won’t. You will definitely have moments of failure and rejection along the way. You might even fail spectacularly like I did and have the rejection letters to show for it. But you know what? You could win. You could watch your dreams come true right before your very eyes. You could have everything you ever hoped for and more. You could accomplish your goals and then some.

That's what happened to me. I made a lot more than $41k. But not until I was ready to step all the way into my big ass dreams and even declare them publicly. Not until I was ready to stop pretending that I wasn't as good as I am. Not until I was willing to deal with more rejection and more epic fails (and there were oh so many along the way including a federal lawsuit, public dragging by a group of haters with high-traffic blogs, and lots of hiring mistakes). But here I am doing work that matters and making $41k a week, not a year.

They could come true. And you’re worth it.

PS: If growing your business to seven-figures scares the shit out of you, good. It should. It’s hard work. Changing your business model is the easy part. Shifting your mindset to have the capacity for seven-figures of greatness is the hard part. I want to help you do it. You have 24 hours to decide whether you are joining me for my Glow Up coaching program. It’s 50% off until tomorrow. Say yes.

*The phrase “engineering smallness” comes from Brené Brown, she shared the concept on her Netflix special. 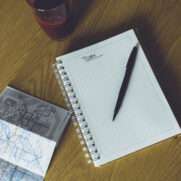 You know those things that you’ve always wanted to do? Those deep desires you have that whisper to you during the blank space of your day? The ones that will not go away no matter how much you ignore them? Yeah. Those. Today I am going to ask you to do me a big ass […] 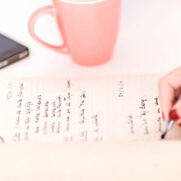 Is your business really as healthy as you think?

You know those times when you’re just humming along and enjoying life as an entrepreneur and then you read something that immediately delivers a cold, wet bitch slap to the face? This is one of those bitch slaps. (You’ve been warned). As entrepreneurs, we tend to get really caught up in a lot of shit […]