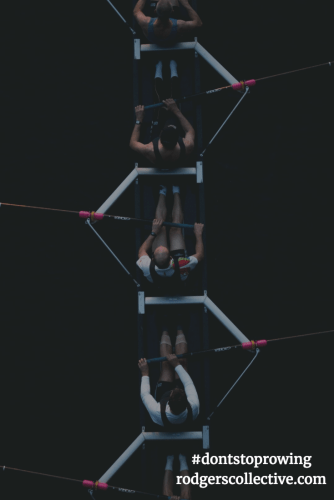 A friend of mine was telling me about her days rowing for a college crew team.

This team wasn’t very good and they finished last in most of their races. It felt pretty pathetic. In fact, it was so demoralizing that halfway through the season, my friend decided that once their boat got too far behind the other boats, she was going to stop rowing.

Eventually, her coach noticed and pulled her aside.

“What’s going on? Towards the end of every race, you give up.”

“I’m not giving up, I’m just not rowing.” She explained her theory that once they were so far behind there was no chance of winning, she stopped putting her all into it.

Her coach wasn’t having any of it. He told her that no matter what happens, she should never stop rowing.

I notice this mentality a lot with year-end goals. Around August or September, people start feeling like they can pretty much see how their year is going to go. What’s the point of hustling if you’re not going to make your goals? And if you’ve already reached your goals, then why not sit back and relax?

Because the year isn’t over until December 31st.

I have my own “keep rowing” story.

In 2014, I had just bought my business partner out. We had spent months negotiating and I was eager (i.e. desperate) to get the papers signed and move on with my life.

Eight weeks later, we were in court.

I was stressed out of my mind, pouring my energy and my money into fighting this lawsuit while juggling my work and my three kids. My attention was divided so sales were flatlining. I probably wouldn’t have admitted this then, but a part of me was wondering if I’d ever bounce back from this. Would this lawsuit be the end of my business?

Even though the lawsuit was kicking my ass mentally and financially, it was almost Thanksgiving and I’m not the “give up” type. I wanted to hang up the gloves and start thinking about my goals for next year, but I knew that this year wasn’t over yet.

So I threw a giant Cyber Monday sale. I hustled around the clock spreading the word. I tried new marketing tactics and got some expert help with my sales funnel and stayed up all night writing copy.

And I made bank. That sale was a huge success. And it helped me exceed my 2014 revenue goals when just a few weeks earlier, it looked like 2014 was going to be a bust.

So, if you’re in last place, staring at the backs of all the boats in the distance. If you are feeling demoralized by coming up short of your goals once again. If this year felt like a sucker punch and you’re just dying to get through it, just remember: don’t stop rowing.

P.S. We have a few seats left at Multiply Live, where I’m going to be helping 75 entrepreneurs make an extra $100K by the end of 2017. If you’re not letting this year end without a fight, there’s a seat at Multiply Live with your name on it. 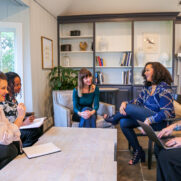 These women changed my life

Once upon a time, I walked into a room filled with kind, successful, high-achieving female entrepreneurs… …and got my mind blown.  It was a weekend at a lake house. Picture: a slumber party for badass broads. Over the course of that weekend, each woman dropped at least one million-dollar idea that permanently altered the course […] 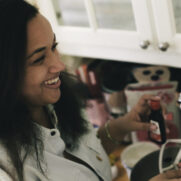 Ever since I started writing about how I take two weeks off over the holidays, I get a lot of emails in December from clients and readers asking me how I manage it: taking time off, setting expectations with clients and with family, dealing with business crises, etc. What I keep hearing is that you […]