I’ve been debating about sharing this story with you…

Back in January 2020, I huddled with my team here at Hello Seven and we decided that our annual revenue goal would be $2 million. This number felt good. Big. A stretch. Exciting but doable.

And then—the world turned inside out and upside down.

The pandemic swept in. We had to regroup and reinvent. We assessed everything in the company with fresh eyes and made significant changes.

We shut down our company’s main revenue stream (a big gamble, for sure) and then launched something brand new: We Should All Be Millionaires: The Club. We hoped for 300 initial Club members to join us. We were stunned when 1,000 joined instead.

So many things changed, so quickly—and then in June, our company generated $1 million in revenue in just one month. An historic milestone for the company.

After that epic month, we celebrated—and we looked at the data. We had already blown past our $2 million goal. We knew it was time to aim higher and reach for more.

(We do profit-sharing in our company, so when we succeed as a team, everyone wins—and everyone gets phat bonus checks.)

The year rolled along, full of many surprises, challenges, and wins. And then by December 2020—with just a few weeks left in the year—I was faced with a very tough decision.

We were so close to hitting $5 million. Incredibly close. Less than $300K away.

I wanted to reach that $5 million so badly.

I wanted it. But, I also had to consider the full context of the situation.

It was December. It was the end of a long and emotionally taxing year. My team was proud—and tired. The winter holidays were quickly approaching. People were looking forward to quiet-time with their families, unwrapping gifts, hot cocoa, and deep rest.

I knew that we could reach $5 million if we really wanted to.

But, in order to pull it off, we would need to hustle hard and fast. We would need to write more newsletters, record more podcasts, do media outreach, mobilize our community, do a last-minute special discount or incentive to bring new customers in the door, and really bust ass to make it happen before the stroke of midnight on December 31.

Money matters. A lot. But there are things that matter more than money. Mental health. Family time. Vacation. Quality of life. A happy team that is well rested and thriving.

I knew, “If we want to reach even higher and hit $8 million in 2021, then we need to start the New Year feeling refreshed and inspired—not exhausted from a last-minute December grind.”

(And you know what? We came back, well-rested and raring to go and had a record-setting January for our business.)

Sometimes, you have to say “no” to short-term cash so that you can say “yes” to the bigger picture—the long-term success and sustainable growth that you want.

What do you need to say “no” to…so that you can say “yes” to something greater?

You may need to say “no” to a fun, easy, and lucrative client project that's gonna clog up 50 hours of your time…so that you can say “yes” to building a new product that's going to serve hundreds of people and 10x your income in the long-run.

Or, you may need to say “no” to a genius marketing idea that would probably spark tons of new enrollments in the next 48 hours…because your team is already overloaded and you need to give them a break.

Short-term wins are so exciting. And there’s nothin’ wrong with going after a quick win that brings money in the door, fast.

Just because you could accomplish a goal…doesn’t necessarily mean you should.

PS. Another quick story—I have a colleague who really wanted to earn $500K in 2020. Like me, she almost reached her goal but not quite. And, like me, rather than push hard in December she decided to rest and regroup. She took 3 weeks off. Came back to work on January 15, refreshed and more motivated than ever. Over the next two weeks, her company generated $160K in revenue. In. Two. Weeks. I’m telling you—miracles happen when you stop pushing and give yourself space to breathe. Sometimes “rest” really means “saying ‘yes’ to the big picture.”

PPS. Go here to get the first chapter of my new book, We Should All Be Millionaires: A Woman’s Guide to Earning More, Building Wealth, and Gaining Economic Power…for free. Read it now, before the book comes out in May. An early treat for you! This book will convince you that you’re capable of earning more than you ever thought possible. 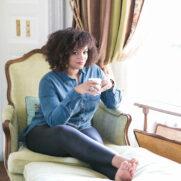 How much rest have you had in the past week?

If you know anything about me, you know how much I love the hustle. Genius idea on Friday and ready to launch by Monday morning? ✓ Jumping out of the shower to text my copywriter because I just had the most amazing idea for a blog post and it CANNOT WAIT? ✓ Going into labor […] 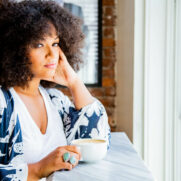 Why “never read the comments” is bad advice.

Building a platform to communicate your Big Message is absolutely necessary to grow your brand, increase your impact, and elevate your revenue. The number of entrepreneurs I meet who are doing only the bare minimum work to build up their platform is alarming. Without a large platform, you’re essentially your industry’s best known secret. You […]