You’ve seen those mysterious ™ ‘s and Rs hanging coyly above certain words, phrases, or symbols giving off an air of exclusivity and sophistication. Sure, you know they’re symbols for trademarks, and you might have even heard how valuable trademarks can be for your business. But, even if you’ve heard all of this, you still might not be crystal clear on what trademarks exactly are. If so, you’ve landed in the right place. 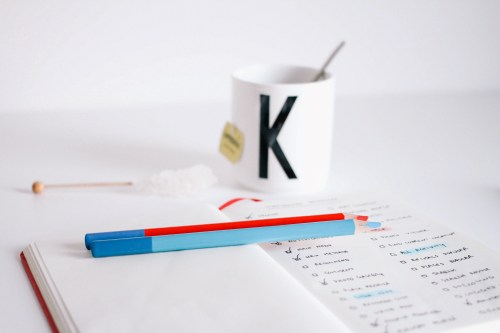 Here, we’ll explain the deal with trademarks (as shortly and with as much wit as we can muster). Just to warn you, in case you had your hopes up, it has nothing to do with dudes named Mark, or trading dudes named Mark for better dudes named Mark, or trading anything, really. I know, we were bummed too.
(Psst! Although trademarks operate in the same intellectual property universe as copyrights, they are pretty distinct creatures. For the scoop on copyrights, join us here.)
So, what is a Trademark?
A trademark is a symbol, word, or phrase that legally represents a business entity. You could say that trademarks represent what we generally refer to on the streets as logos, slogans, brands, etc. You could also say that anyone can decide that the symbols/words/phrases they use are worthy of trademark protection and start hanging trademark symbols at the end of them willy-nilly, but, on that point, you’d be wrong. Trademarks come into existence either through established use, or registration. Meaning that, you can’t just come up with a business name and slap a ™ or an R on there from day one without going through the official registration process with the United States Patent and Trademark Office (Around here we call it the USPTO. Pretty clever nickname, right?).
Trademarking a word, symbol or phrase is a somewhat lengthy process that begins (or really OUGHT TO begin) with a trademark search to make sure you aren’t trying to register something that’s already taken. If you really want to be on the safe side, the process should also involve consultation with someone (probably a lawyer), who is experienced with the process and can give you some insight on whether the word, symbol or phrase you have chosen is of the type that qualifies for trademark protection. Certain words, phrases and images are too generic (“descriptive” in fancy USPTO parlance) to be protected. More on that stuff here.
Ok, but why are Trademarks important?
If you ask us—if you ask anybody, really—trademark law serves two functions. One of those functions ostensibly protects the consumer, and the other protects the producer of the product or service in question (the business owner). Dorks in suits could debate the justifications for, and true existence of, these functions until the whole world falls asleep, but we’re just gonna go with these as being the two generally accepted policy arguments behind trademark law in the U.S. as we know it. So, the reason trademarks are important to you would depend on whether you’re acting like a consumer or a business owner. Since many of you likely act as both, let’s briefly cover both.
As a business owner, trademarks and trademark law serve to protect the brand you’ve worked hard to build. It looks like this: you come up with a distinct (not descriptive) name for your business, register it as a trademark, and from that point, others are legally prevented from using the mark, or one that would be “confusingly” similar, in commerce. For example, if you come up with the name Spizzy Spizzy Spoodle as the name of your organic, gluten free, Snoop Dogg inspired brand of spinach noodles, by registering the trademark in that name, you’d prevent anyone else from using Spizzy Spizzy Spoodle to sell noodles, or probably any other food stuffs. There’s also a pretty good chance that no other noodle companies could register anything that looks or sounds similar like, Spizzi Spizzi Spoodler, Spizzy Spoodles, or Spiz Spaz Spoodle. You get the idea.
Now, if you hadn’t registered a trademark in Spizzy Spizzy Spoodle, you wouldn’t be able to prevent others from using the same (or similar) name. Moreover–and this is the part that will give you the night sweats–the user of a same or similar name, if they decide to register the trademark in Spizzy Spizzy Spoodle, could prevent you from using it as well. Brutal, right? Of course, you have some trademark rights (known as “common law” rights) that you can benefit from without registering, and the issue of who can prevent whom from using a mark also has to do with who was the first to use it. Suffice it to say, however, that trademark registration is the far superior way to of securing your trademark rights, and it is the only way that you will get a shot at collecting certain damages (that means money) from infringers.
Simply put, as a consumer, trademarks help you know whose products you’re buying and where they came from. Trademarks help you easily identify certain brands you know and trust, as well as certain brands you may know and not trust. So when you go to the shop to buy your favorite, gluten free, Snoop Dogg inspired brand of spinach noodles, you’ll recognize them right away when you see those three sweet words: Spizzy Spizzy Spoodle. These days, consumers place an increasing amount of importance on knowing what’s behind the stuff they buy. Trademark is just another (and a pretty solid) way of keeping consumers in the know.
So, that’s how we define a trademark (or in other words, so say we all). Next time you spy those sweet little trademark symbols you’ll be in the know as to what they mean and why they exist. If you wanna know the specific difference between the ™ and R, and other trademark symbols, check out this short piece. 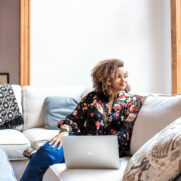 Who do you want to be?

Have you ever been asked a question that changed your life? I have. Once upon a time, I was living in a dollhouse with a family of five, working from a desk that faced out into the yard and was right next to the front door. I was supposedly a Boss Ass CEO growing her […] 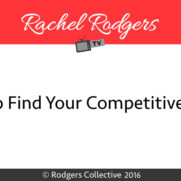 How to Find Your Competitive Edge

Do you ever feel as though you’re awash in a sea of sameness when you’re in the marketplace? Well, you’re not alone. Figuring out how to build a stand out brand can seem like an overwhelming task but it doesn’t have to be. The steps to finding your competitive edge though don’t have to be […]