My company, Hello Seven, made one million dollars during the month of June.

This is our highest-earning month of all time. Record-breaking. Historic.

I am blown away and still processing.

This is a victory not just for me and my incredibly hard-working team.

I hope thousands of Black women and girls see the Instagram post where I dropped the million dollar news, and think, “If she can, I can too.”

A win for me is a win for all of us. Especially you. As a member of my community, you showed up and showed out. I couldn’t have done it without the massive support of the entire Hello Seven Squad.

Your next chapter can be one of affluence and joy.

The facts: I am a Black woman from a low-income family. I have four kids, including one who just turned two. I speak up loudly about racism, misogyny, and other systems of oppression that are royally fucked up. I say things that people don’t want to hear. I make people uncomfortable. And I used to be terrible with money (I had a 480 credit score, y’all).

This million dollar victory proves that you can be all these things—Black, female, outspoken, political, a parent with teenagers and toddlers at home, not exactly “naturally gifted” with money—and you can still make bank.

To be clear: I’m not satisfied with simply becoming wealthy, myself. I’m on a mission to help every person who has been systemically marginalized and underestimated become a millionaire. So let’s talk about you.

In order to become a millionaire, you need to start making million dollar decisions.

A million dollar decision is any decision that brings you peace, power, prosperity, or all of the above.

Raising your pricing is a million dollar decision.

Having a hard conversation is a million dollar decision.

Hiring someone to handle groceries and laundry (and paying them a living wage to do it) is a million dollar decision.

Standing up for what you believe in. Getting a fantastic haircut. Upgrading your closet so you feel like a #boss. Leaving a soul-sucking relationship. Joining a club filled with badass humans who inspire you to level up. Officially setting up your business as an LLC and going legit. All examples of million dollar decisions.

What is the next million dollar decision that you need to make?

Make it. Then make another. And another.

If I can, you can, and your daughter can, and her children can too.

We should all be millionaires.

We should. We can. We will if I have anything to do with it.

PS. I am going to use some of the proceeds of this epic month to #buybackBlackdebt. This is Sonya Renee Taylor’s project where people of means invest $1000 a month, recurring, to pay bills that are overwhelming Black people who are struggling during this pandemic. I want to be sending money to Black families who are unable to pay rent, make car payments, or cover childcare and other costs. I encourage you to participate if you are able.

PPS. I will also be paying out profit-sharing to my 80% woman team which includes four Black women and one Latina woman. This is one of the many reasons why I love being a wealthy CEO—because I can give back to my team in big ways.

PPPS. Obviously this is our theme song of the day! “Juice” by Lizzo. “If I’m shinin', everybody gonna shine!” 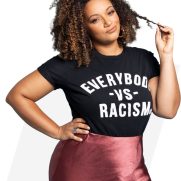 Finesse Your Framework, Grow Your Revenue, Marketing, Organize your Business and Operations, Strut Your Strengths, Your Business Model

A lot can change in 5 days

A lot can change in 5 days.  When you set your mind to it, it’s incredible how much transformation can happen in a short amount of time.  Back in September when I led a 5-day challenge for our community, here’s what people accomplished before the end of the challenge:  One person raised her prices from $200 […] 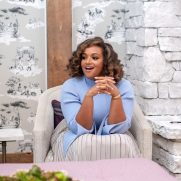 You can’t budget your way out of poverty

I recently read a study about financial literacy that was very eye-opening, but not totally surprising.  According to a 2019 study conducted by the TIAA Institute, the #1 personal finance topic that Black Americans are most knowledgeable about is…  Borrowing and debt management.This makes sense when you think about the fact that Black Americans have […]