Well, what’s wrong with that? Marie Forleo told us to get on the NO Train and you are a fully ticketed passenger. In fact, you sprung for first class! And you know what, I’m a fan of an appropriately placed no. I say no to plenty but there are certain things to which you must say… 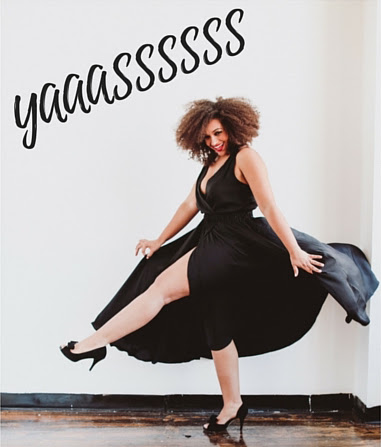 I know, I know. You’ve all heard Derek Sivers’ advice about how if it’s not a hell yes, it’s a no.

But what if it’s a “hell yes but my limiting beliefs are getting in the way”?

What if it’s a “that would SO be a done deal if I wasn’t scared that absolute ruin would ensue”?

What if it’s a “this is one of those moments where you have to choose to run the fuck off that cliff and hope you can knit a parachute on the way down”?

Will you still say no? Will you stay firmly seated in the emergency aisle on the No Train?

Let me tell you a little story about what can happen when you say yes!

Last Wednesday night I was putzing around on Facebook, as you do, and I mentioned to my friend that I was bummed about not going to the Martha Beck Wayfinders event. I am a Martha Beck Coach-In-Training and for some reason had this subtle feeling that I was going to miss something important if I didn’t go. I had chalked it up to FOMO.

Insert the very pushy blonde (my dear friend) who was having none of it. She told me to GET ON A PLANE. (I kinda knew she would say that but I had absolutely no intentions of leaving my kids, my many appointments, my relaxing weekend and getting on yet another plane this month — plus I had a trip booked for Monday, yes, the following Monday!). I proceeded to explain to her my 1,000 Lame Excuses and to this she replied, SAY YES. (Pushy blondes can be very convincing!). Before I knew it, I was scrolling through flight options on Kayak.

Once I had a flight and hotel lined up, I sheepishly went downstairs to ask my husband if he minded holding down the children so I could go to Austin …. tomorrow. Like the keeper he is, he insisted that I go. I proceeded to pack my suitcase full of pretty clothes (thank you, Elsa!) and two hours later I was ret’ to go.

Fast forward to the next morning when I had to SAY YES again.

While I was waiting on my Lyft at 5:00am the next morning, I was choosing my seat on my flight and realized the seat options were super lame. There was one seat available in First Class and my finger just started moving towards the Upgrade button faster than I could clutch my wallet. Before I knew it, I was in seat 5E.

When I boarded the plane, I was pleasantly surprised to find a black girl with natural hair in the seat next to me.

Turns out that girl was Jessica Williams of The Daily Show. I only realized that when the lovely flight attendant said, “I love your show, Ms. Williams!” So we wound up having a great conversation about the most inappropriate things and rather normal things, too. All of it through the filter of dry AF humor. Sarcasm is everything.

So after Jessica offered to hook me up with tickets to her show and gave me solid podcasting advice (she has a hilarious podcast with her bestie called 2 Dope Queens), I headed to my hotel. Literally moments after checking in, I got an email from the very person I was hoping to connect with asking if I was free for lunch. Srsly? God is a funny dude (or dudette, whichever). The result of that lunch? We’ll be working together, which is exactly what I was hoping for.

So yeah, 24 hours into my trip to Austin, I had made besties with an awesome, funny human who just happens to be a celeb (and a sweetheart) and secured a new major client (a client I have been wanting to work with).

The moral of this story: When you make #bossmoves, opportunities flow your way. Let me say that again…

When you make #bossmoves, opportunities flow your way.

Before you assume that this is anecdotal, let me say that I have been making #bossmovesonly for a good 5+ years now, and this is what happens EVERY SINGLE TIME — opportunities abound when I step out in faith and bet on myself.

So what will you say next time an opportunity like this comes your way? Will you SAY YES? Will you bet on yourself? Or let your fear keep you on the NO Train?

If you’re feeling ready to make a #bossmove, check out my new one-on-one retreat, HANDLED. Come to the Big Apple for business planning, prepping and pampering. #bossmovesonly Summer dates are starting to fill up, get all the details here before I’m fully booked. 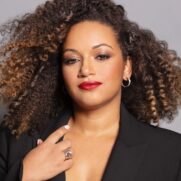 Unpredictable? You can work with that…

All throughout the last year, my team and I got so many messages from our clients and readers and listeners and other people in our community—people who are really hurting, and feeling really anxious. People wondering things like— “How can I set financial goals when the world might look completely different six months from now?”  […] 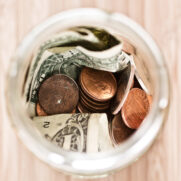 “Money is not that important”

As a business coach whose focus is helping badass women make more money, I hear this line a lot: “money is not that important.” When entrepreneurs say this to me, more often than not, they are using their supposed lack of concern about money as a defense mechanism. They know they are capable of making […]