As an entrepreneur, you make intangible stuff. And that intangible stuff has value. The brand name you've built up, the blog you've created with thousands of readers, your e-courses, video series', e-books, etc. all have value. If someone else wants to use it and make money from it, they should pay you and, in a lot of cases, they will pay you.
But in order to make it to the sacred land of making money from your ideas – where milk, honey and cashola freely flow, you have to conduct yourself like a business, MAN. Not a lowly solopreneur. Got it?

Case in point, Turner Barr and his Around the World in 80 Jobs brand.

By now you've heard about Turner Barr and his beef with Adecco USA, the corporation that began using his brand, ‘Around the World in 80 Jobs‘ for a youth work initiative/marketing campaign. If you haven't heard, get all the deets here in my previous post.
After learning that Adecco USA was using his brand name including filing an application to register the trademark, Turner contacted the corporation to attempt to work it out. After getting the run around for about 4 weeks, Turner turned to social media to bring attention to the issue, hoping to get Adecco's attention and work out a deal. Luckily, the social media campaign went viral even reaching main stream news.
Six days into the social media campaign, Turner laid out the terms of a settlement proposal he would be willing to accept from Adecco, should they be so inclined to work it out and end the social media onslaught. The terms Turner laid out were as follows:

Two days later, Turner announced that he and Adecco made a deal.  Adecco accepted all of Turner's terms including paying the $100,000, half going to Turner and half going to the charity Turner chose. And most importantly, Adecco abandoned their trademark application for Around the World in 80 Jobs and renamed their youth work initiative, now calling it The Work Initiative Contest (not a very good name but at least its not stolen).
That deal worked out pretty good for Turner and good for Adecco in that they were able to end the social media mayhem that was really killing them PR-wise for an entire week.

However, how much better would this deal have been on the front end for both parties?

If Adecco would have approached Turner when they first discovered the mark and their desire to use it, they could have created a licensing deal with Turner. He could have been their spokesperson for their youth initiative, allowed them to use the mark and brought his social media prowess to bring good publicity to Adecco rather than bad. Now, Adecco is spending money to NOT use the mark. That kinda sucks, doesn't it? When's the last time you paid $100,000 to NOT get something?
For Turner, he spent a month not writing and working on his blog because he was giving attention to this issue. So he lost a month's worth of blog building and any income that could have gone along with that. I think he does benefit from the social media campaign in that he brought a great deal of awareness to his brand. But the opportunity to build a long term corporate sponsorship-type relationship with Adecco or any other staffing company after this issue is now unlikely. A licensing deal would have worked out much better for Turner and probably would have been more lucrative in that Adecco might have paid more and it may have lead to other corporate sponsorships and lucrative relationships for Turner. But that is not Turner's fault.
As I said in my previous post, I think Turner's only misstep was not registering the trademark for Around the World in 80 Jobs. Had he done that, there is a much greater chance that Adecco would have approached him to work out a deal instead of trying to get away with using his brand without paying. Why? Because federal trademark registration comes with statutory damages in the five to six-figure range that serve as a huge deterrent to would-be infringers.

Here are some of the other benefits of federal trademark registration:

So, how can you profit from your intellectual property?

Step 1 – Recognize the value in your work and ideas. As I've said before, if you don't recognize the value you are creating then you won't bother to capture the intellectual property in your biz and protect it.
Step 2 – Federally register your intellectual property. That means going through the copyright registration process for your original works of authorship – articles, videos, audio recordings, original photography, software, e-books, e-courses and other digital products. And registering your brand elements with the USPTO. Your logo, slogan, product name, name of your company, product packaging, and other aspects of your funky, funky style can all be protected via trademark registration. Also, for physical products, formulas, recipes and other inventions, consider filing a patent application or protecting it as a trade secret (shhhhhh!!!!).
Step 3 – Sell products and services under your brand name. This is the most obvious way to make money with your intellectual property – create original content or products or services and sell it under a brand name. Its also the most labor intensive. Another way to make money from your intellectual property is to sell or license the IP itself, a la land of milk and honey.
Step 4 – License your intellectual property. If you wanted to give other companies the ability to buy a license to use your proprietary method to work with their own clients or wanted to license your brand name to another business for use with a specific product or campaign, its wise to secure the federal intellectual property rights first (you could technically do it without it but that’s a very bad idea because there is no built in protection to ensure that they don't misappropriate your work, aka steal yo' shit).
Here is a sample of my clients and friends who have sold or licensed their intellectual property recently:

Profiting from your intellectual property can be very lucrative because it allows you to make serious cash for work you've already done. It can also expand the reach of your work and expand your audience.  To drive home my point, I'll leave you with a quote: 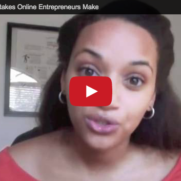 Finesse Your Framework, Organize your Business and Operations

This is the fourth and last video in my series, The 4 Key Areas of Business Law that Online Entrepreneurs Need to Know. Video#3 is here. This series is all about empowering you to understand the legal needs of your business so you can be more productive and make more money. When your business has […] 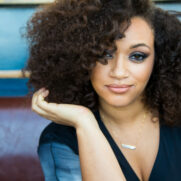 Niceness is not a business model

I had a discussion recently with a group of seasoned entrepreneurs in the online business space about refunds — should you offer them? What if a client wants one? How do you tell somebody you aren’t going to give them their money back? I was surprised by how many of those entrepreneurs had solid policies […]