Women comprise half the earth’s population. So, women should control half the wealth. Most sane people would agree that this is reasonable and fair.

But this is not the world we live in. Not even close.

The facts are startling, and the facts don’t lie.

We live in a world that is painfully imbalanced.

We have a huge wealth gap between men and women.

We also have a huge gap between white people and people of color. This has carried on for centuries and it is abhorrent.

It is not okay for men to control the lion’s share of the world’s wealth while elderly women die in poverty.

So, what is the solution? How can we fix this? How can we redistribute wealth so that women hold just as much as men?

It starts with you.

It starts with you, one female, making a decision. A decision that sounds like this:

“I am determined to earn more money than ever before. I will make history. I will break the cycle. I will be the first in my family to become a millionaire. My very existence will change my community and the world.”

I want you to get a piece of paper and fill in the blank:

Make a list of your reasons. Read it back to yourself. Let the words motivate you to take the next step on your journey to financial power.

The next step might be asking for a raise, finally launching your business, or joining the Club so you can increase your income by 30% (minimum) over the next year.

When one woman becomes wealthy, it changes her community.

When millions of women become wealthy, it changes the whole world.

It changes elections. It stops wars. It builds schools. It dismantles prisons. It passes laws. It saves lives.

Making more money doesn’t just enable you to have a nicer house, as lovely as that is.

As a woman, making more money is a revolutionary act.

Every time you earn an extra $100 or $1000 or $100K that you didn’t have before, instead of feeling guilty for having more, remind yourself, “I am healing a broken system. I am bringing the economy into balance.”

Ladies, this is how we fix the world.

When you build wealth for yourself, you build a better world for all.

PS. To quote the late great RBG: “Women belong in all places where decisions are being made.” And we belong in those places with phat bank accounts, and with just as much financial power as the men at the table. This is EXACTLY why I created We Should All Be Millionaires: The Club. If you are ready to be part of this revolution for both your own wealth and the world, come join us here.

PPS. Make this your new daily mantra: “More money for me equals more balance in the economy.” Win-win. 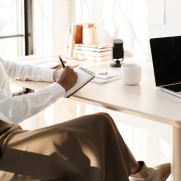 My business was broken—here’s how I fixed it.

Are you bringing unstoppable energy to your dreams or are you bringing excuses? There was a time in my business when I was really struggling with my revenue goals. I felt like I was trying everything and none of it was working. My marketing wasn’t converting. My offers weren’t hittin’ the way they used to. […] 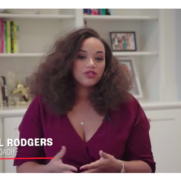 You can’t be a feminist if you’re broke

I was featured on NBC News this week discussing this topic. Watch the video below.  As women, we have taken some big losses over the last few years. We tried to elect the first woman president and lost. We tried to block a supreme court nominee who committed sexual assault and lost. White women still […]